Carter’s has had a strong European business via our wholesale partners like Zalando, Limango, and Babywalz for a number of years.  In addition to these wholesale partners, we have now launched our own official eCommerce sites in Europe! 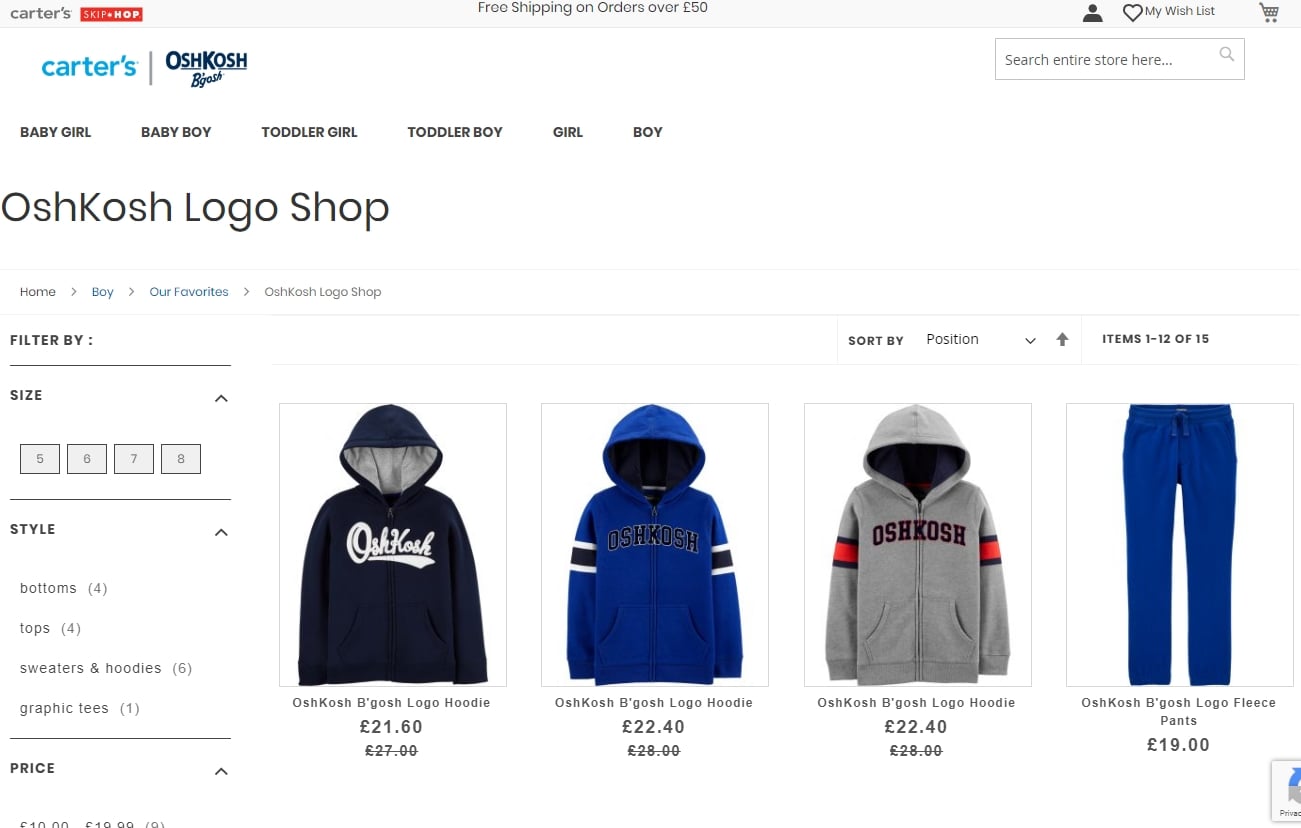 We have also launched 3 European Skip Hop sites to compliment the Carter’s and OshKosh sites above. 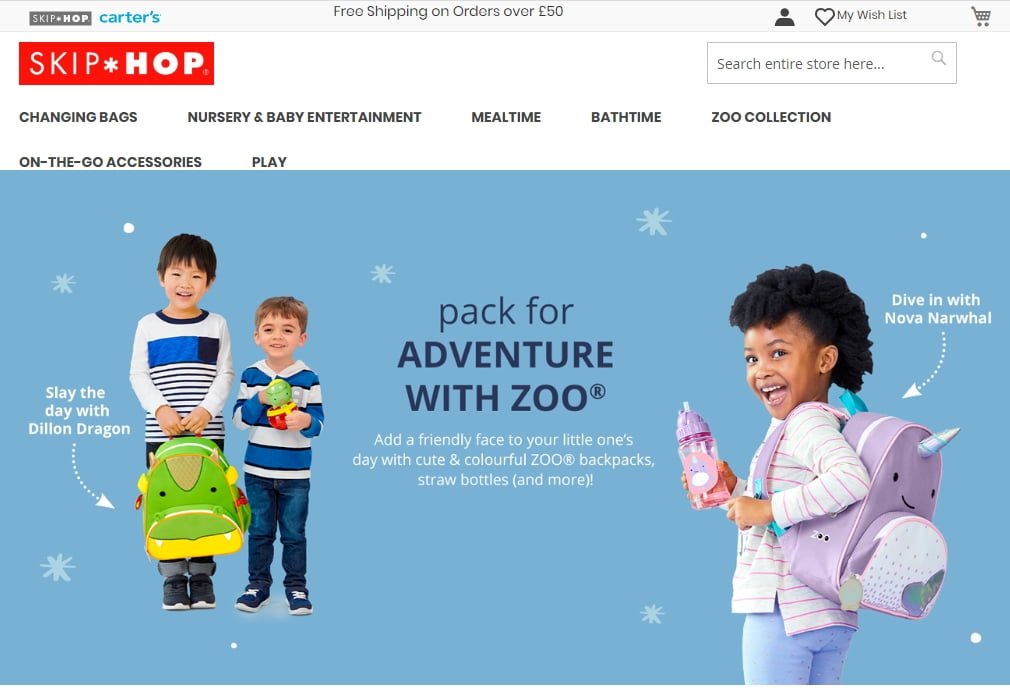 In September of 2017, I went on my first trip to Moscow to work on finding Carter’s an official partner who could represent us in Russia. There is a lot of demand for Carter’s in Russia and with no official representative we saw entering this market as a big opportunity.

After two years, and a lot of hard work by our official partner in Russia we were launching our first store! Earlier this year, out partner launched their website: cartersoshkosh.ru but now it was time to open the store at the Mega Teply Stan mall in Moscow. 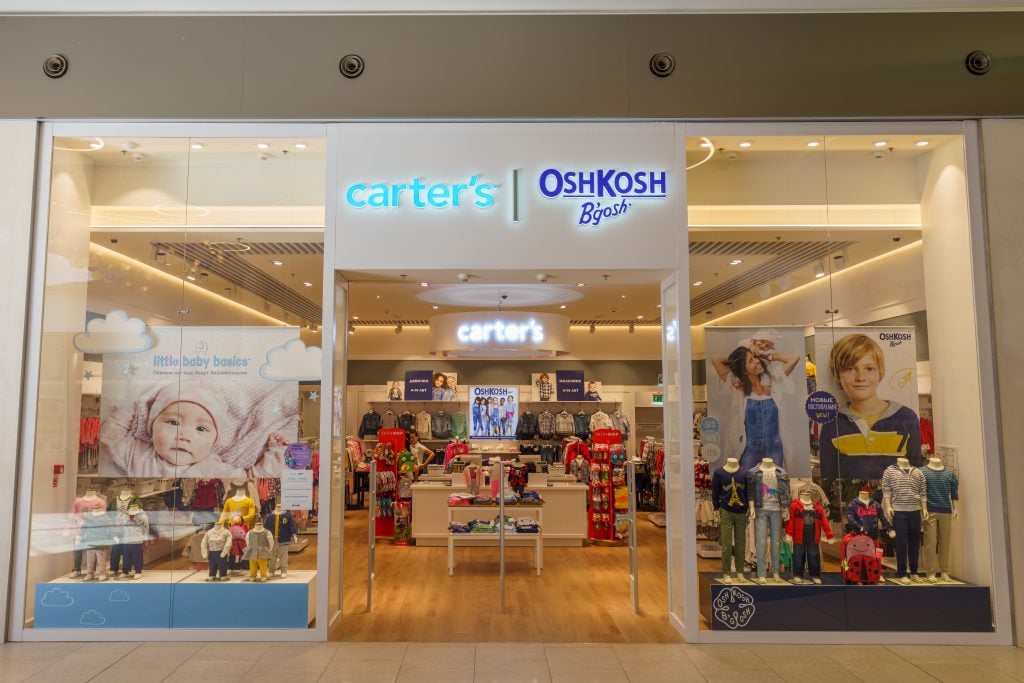 After spending some time training the store staff we left the mall and headed north out of the city on a special excursion.

Our partner in Russia, Dmitri happens to be an avid hot air balloon racer.  When he invited us to add this to our itinerary I was a little skeptical but decided an opportunity like this does not present itself very often so we agreed.  I had never been in a hot air balloon before but it was an incredible experience that I will not forget. 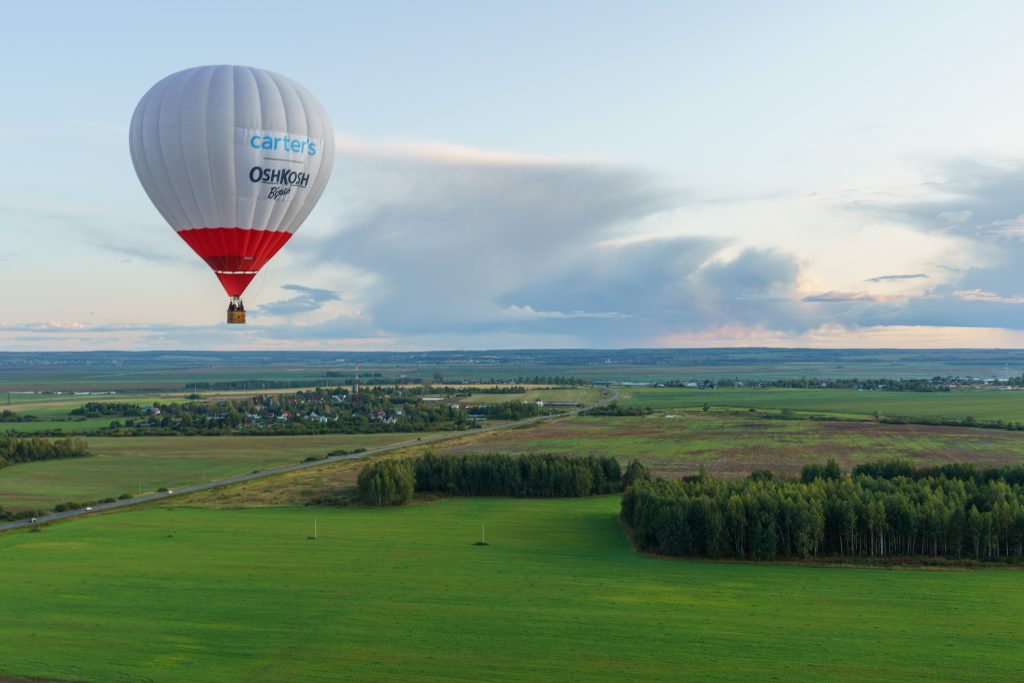 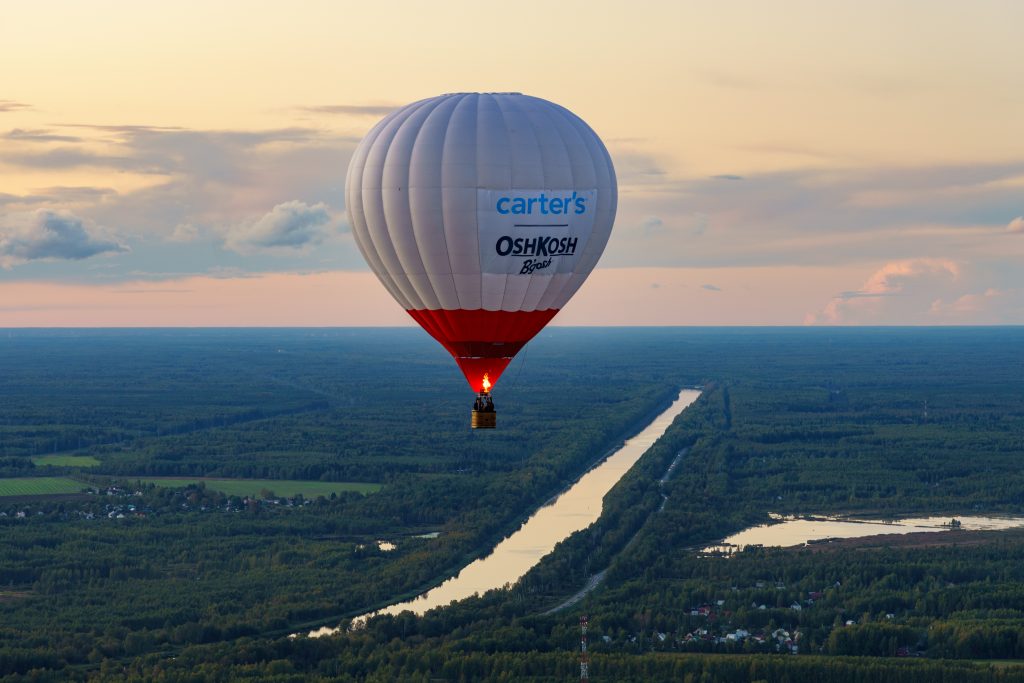 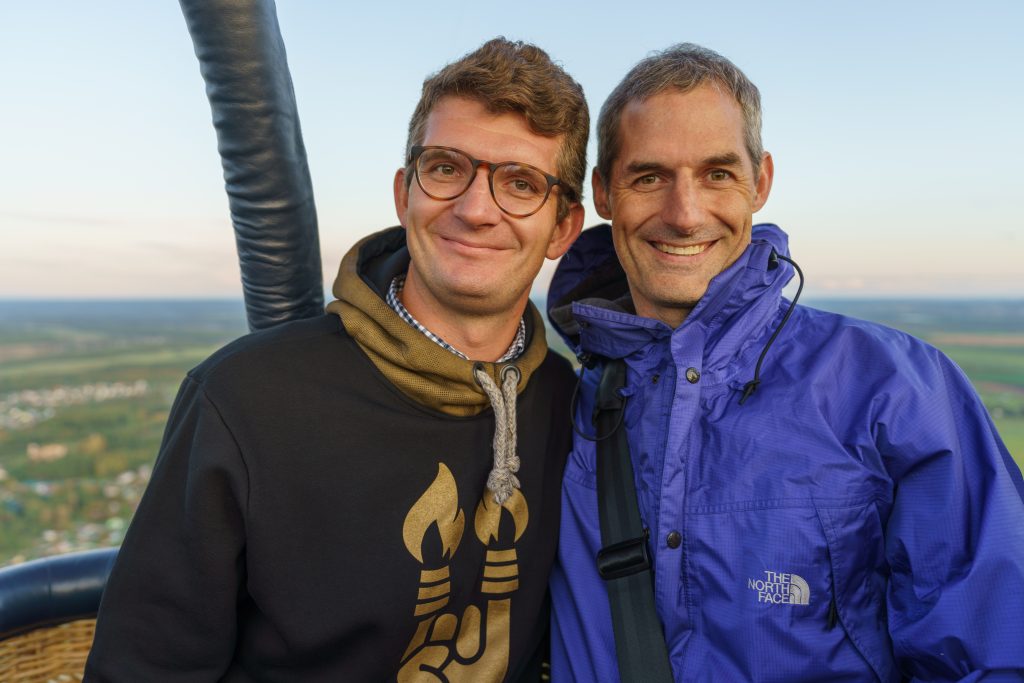 After the balloon ride, we headed back to the center of Moscow where we were staying at the Marriott Royal Aurora Hotel which is just a short walk from red square. The weather was perfect and combined with the great architecture of Moscow it created for some great scenery. 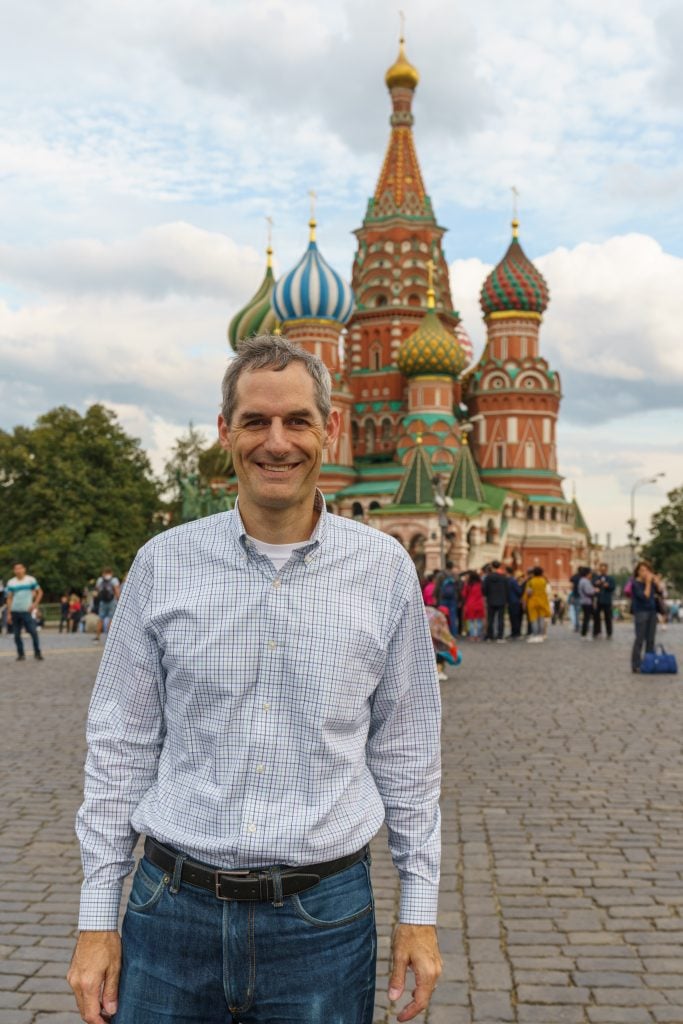 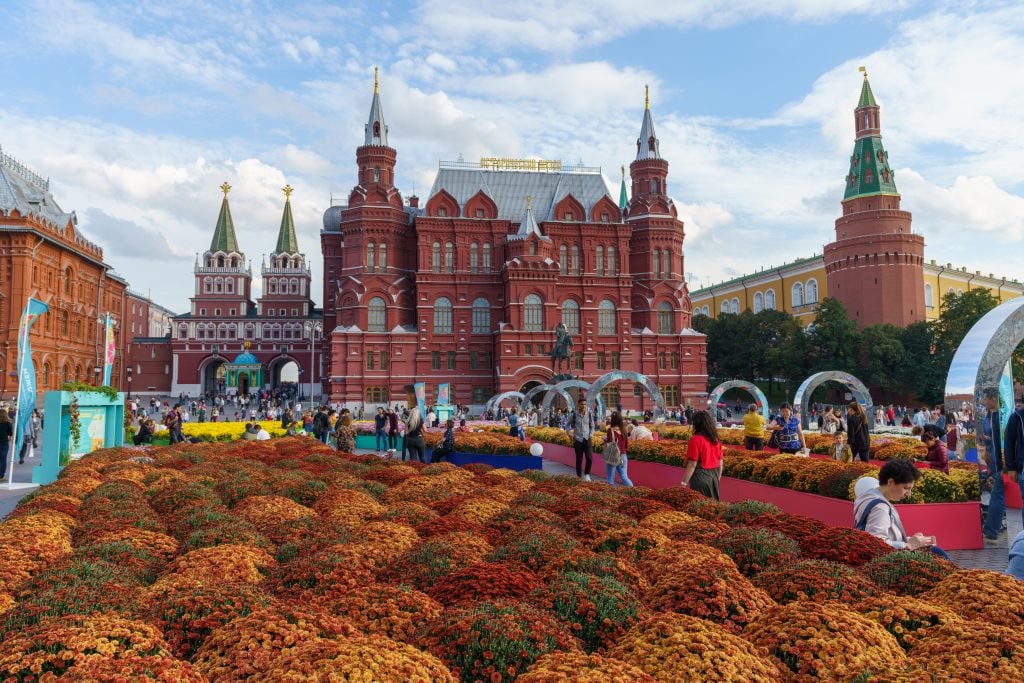 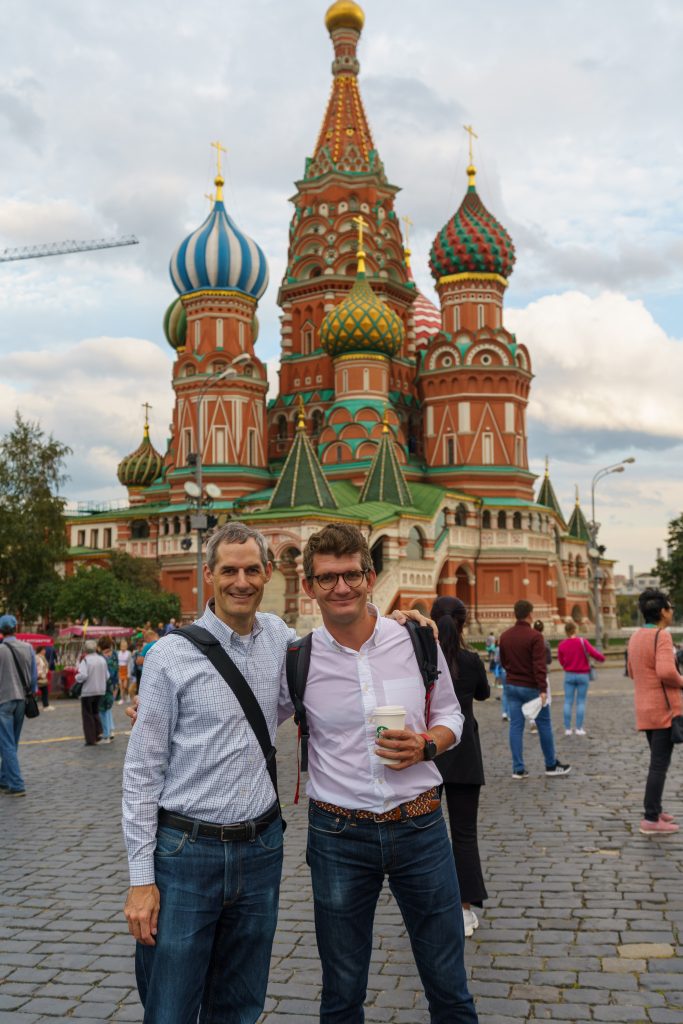 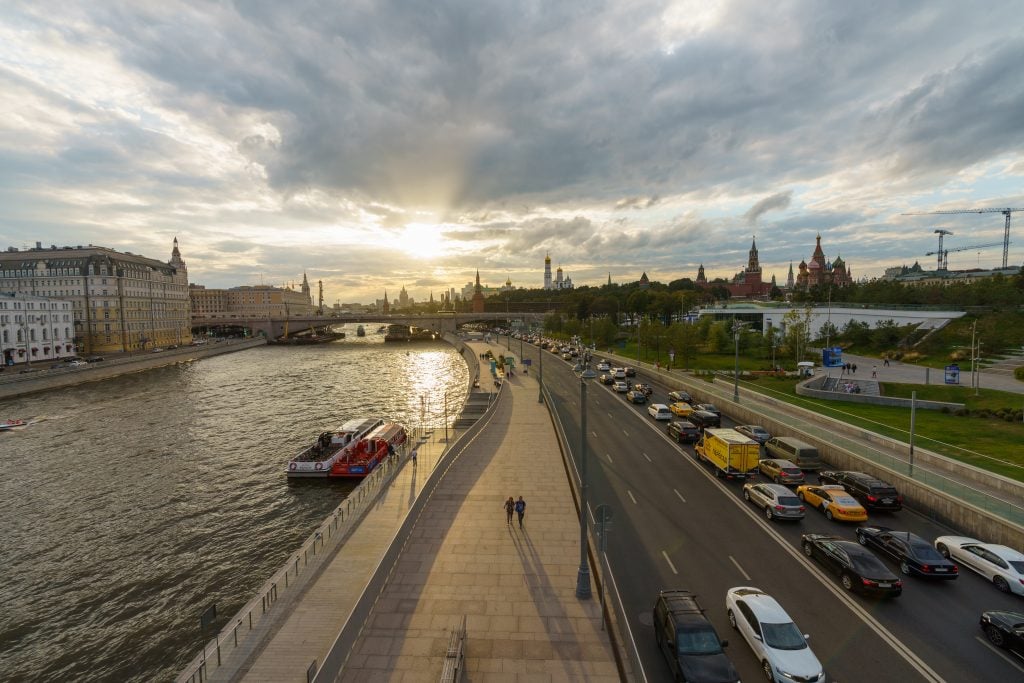 Moscow has become one of my favorite cities in the world. The center of Moscow, anchored by red square, is an incredible sight especially at night when it is all lit up. 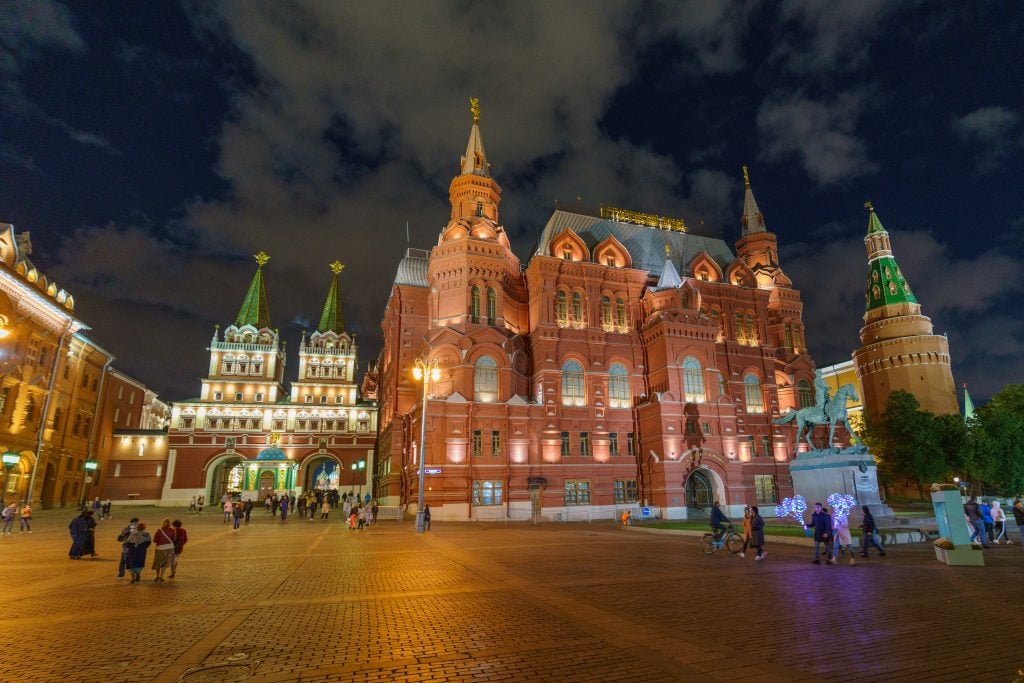 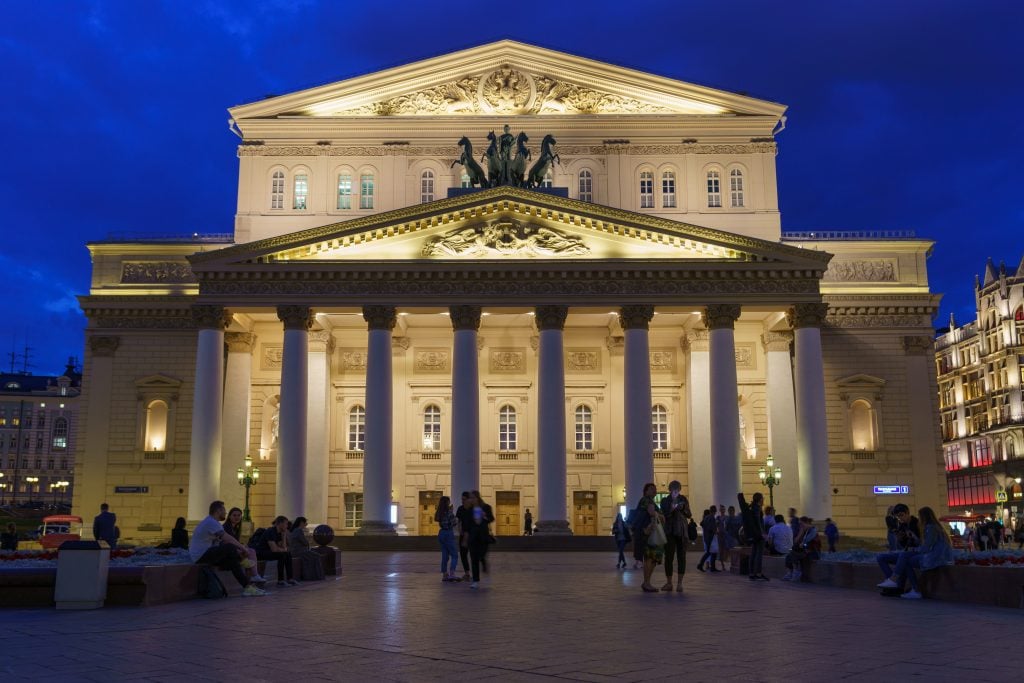 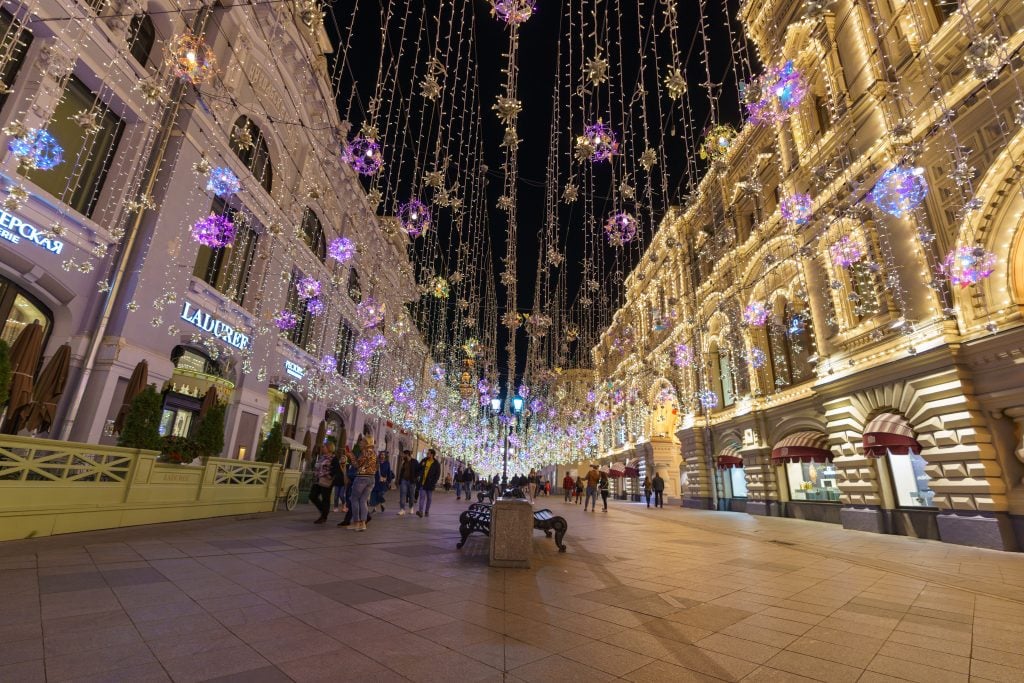 I never imagined I would find myself in Russia for work or even a personal trip. If you get the opportunity, I highly recommend it!
Next stop Poland on this trip. 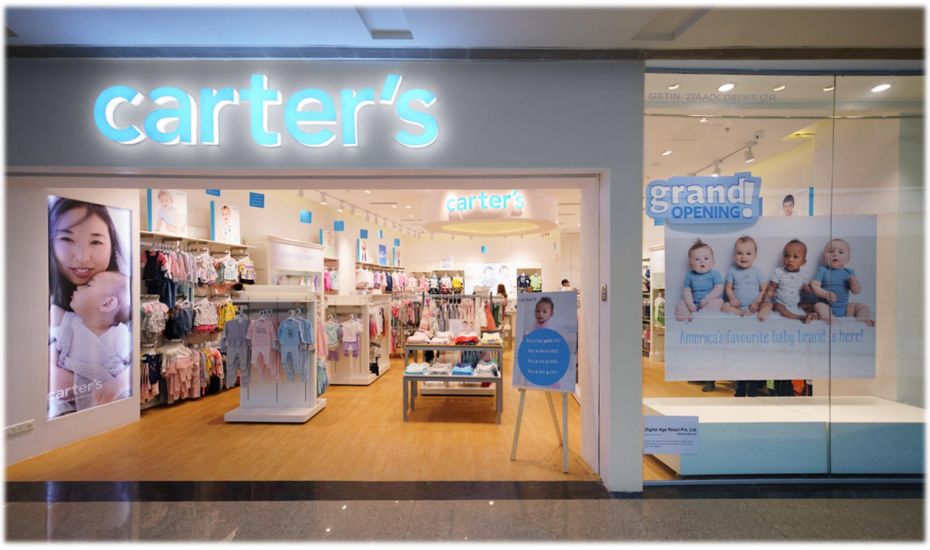 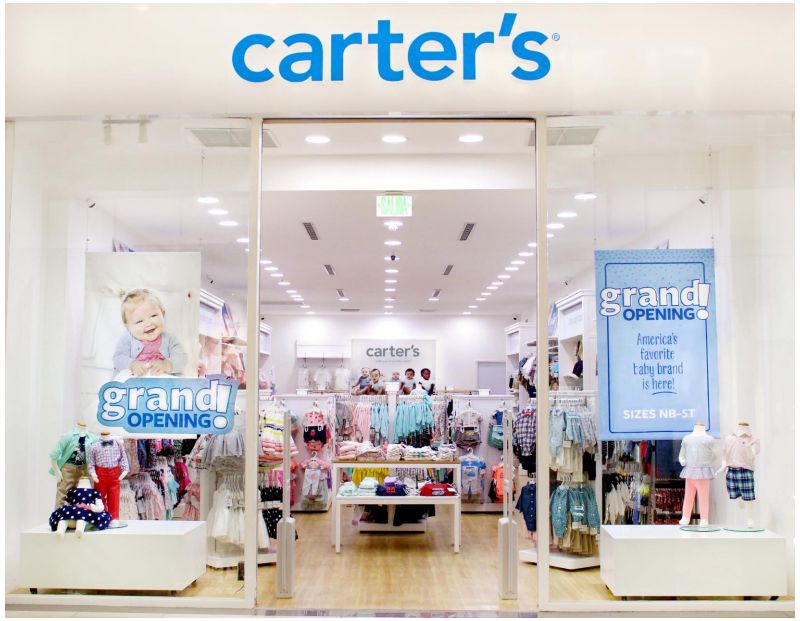 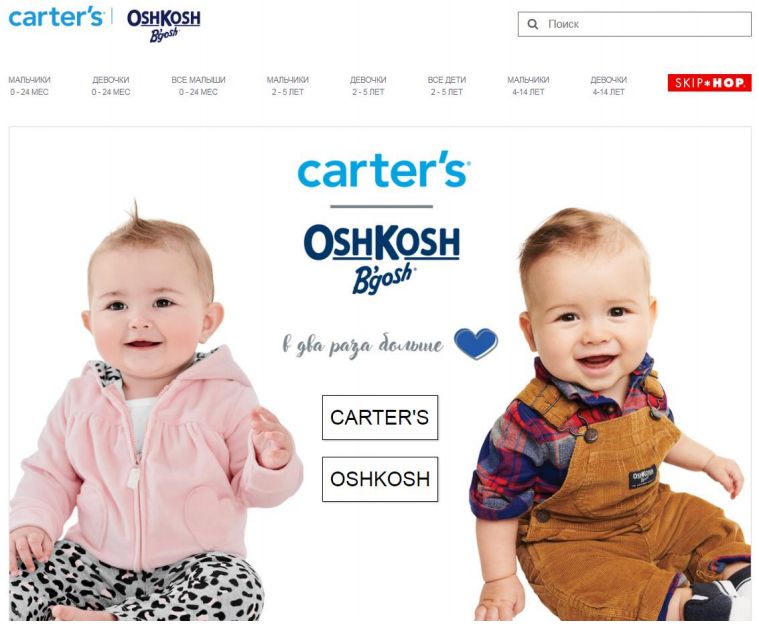 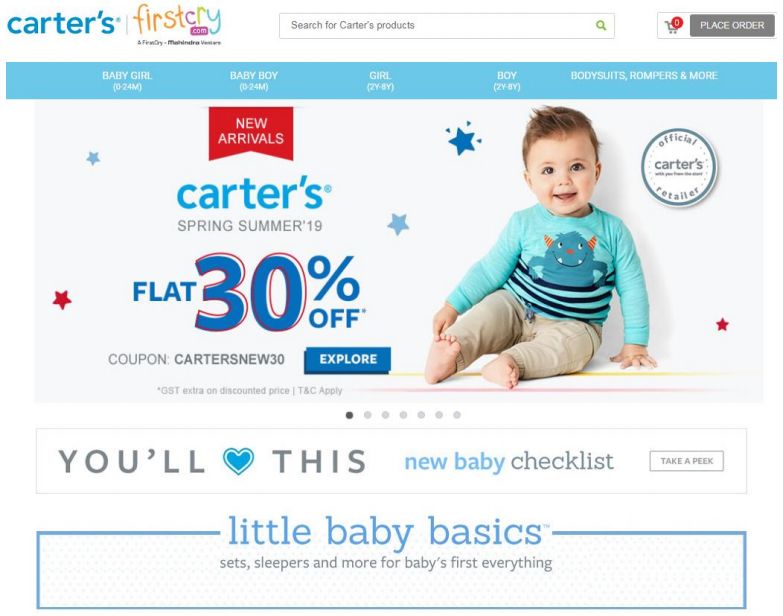 In November of 2013 I joined Carter’s as the Senior Director of International eCommerce. I was recruited to Carter’s by Greg Foglesong who I had worked for at The Home Depot. Greg hired me at Carter’s to lead the international expansion of Carter’s eCommerce business.  What made this role so interesting was Carter’s had lots of demand from international consumers on www.carters.com and my role was created to better service these customers locally.

The first project I worked on was the launch of our Canadian website www.cartersoshkosh.ca. Canada is Carter’s largest market outside the U.S., so it was a natural first step to take.  The site launch was a large and complex project, but it allowed me to work with many different parts of the organization from marketing, and technology to supply chain.  In July of 2014, we successfully launched the Canadian eCommerce business.  Working on this project was a lot of fun and turned into a huge success for the company!

Entering the China Market on Tmall

After Canada, the original expansion plan was to enter the European eCommerce market in 2015. As we were planning the European launch, we started to see the huge growth of Alibaba’s Tmall site in China.  With China being the #1 country on carters.com we decided to quickly pivot and launch China as our second international eCommerce market!

I have worked on a lot of complex and challenging projects in my career but nothing has come close to the difficulty of entering the China market and leading this initiative for Carter’s. Launching a business on Tmall is challenging in itself, but what made this project so challenging is we were launching our entire business in China. Most other western brands choose to enter China first through brick and mortar retail or wholesale and then launch their eCommerce businesses. We decided that we were going to launch online first which meant there was no existing infrastructure to support the eCommerce business. We had had to start with all the basics like getting the legal entity setup, registering trademarks, establishing bank accounts, and hiring our first employees. In 2014 the world bank ranked China #96 in ease of doing business out of all the global economies and I can confirm it is an extremely difficult environment!

After getting through all the red tape and bureaucracy, we launched the Carter’s website on Tmall on June 1st, 2015. It was a proud moment after an incredible amount of work by the entire Carter’s project team.

The next market is….

In 2016 we looked at a number of other eCommerce markets to enter but decided to not move forward with any of those projects for a variety of different reasons. At the same time, in the Summer of 2016 Carter’s made a very strategic change in my role that would lead to a sharp turn in my career path.

Up until the Summer of 2016, I had continued to report to Greg Foglesong who led the domestic eCommerce business at Carter’s. While I worked for Greg, all the revenue I was responsible for fell under the EVP of International Kevin Corning. This reporting did not make sense strategically and the decision was made to move me and my team under Kevin’s organization.

Kevin has a lot of international business experience having worked overseas in a number of different country GM roles. As a result of this experience, he believed that it is important for the country GM’s to own all channels of their business including eCommerce. In the Fall of 2016, he made the decision to move management of the international eCommerce businesses to Canada and China.

Next: Vice President, International at Carter’s