In June of 2004, I was promoted to eCommerce Development Manager at Gardener’s Supply.  As part of this promotion, I took on management responsibilities for the eCommerce development team.  In addition, I also stepped into a more strategic role of defining the road map for the future of eCommerce technology at Gardner’s Supply. 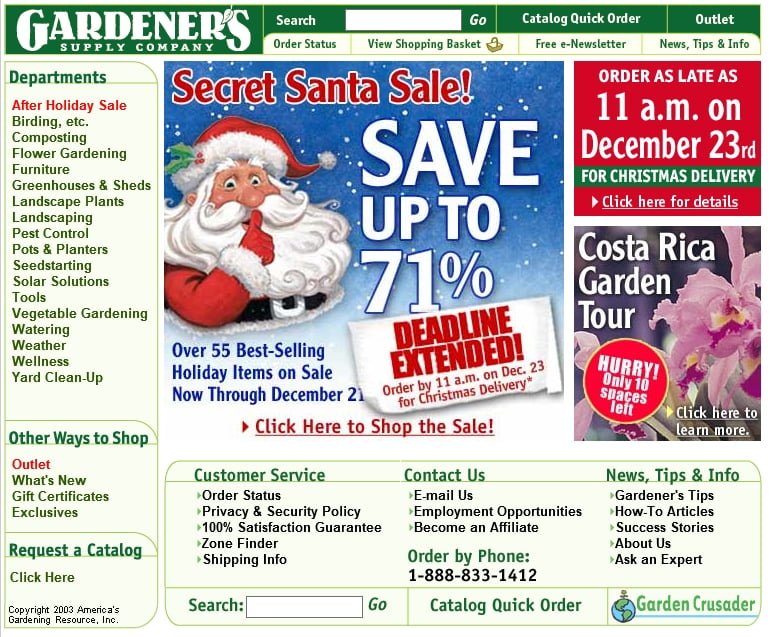 Gardeners.com had been running on the same homegrown platform for a long time.  It was really starting to show its age, and we knew that we needed to consider alternatives and migrate to a new platform.  In 2004, we started considering the different options and started holding meetings with potential vendors.  During this review process, I also received a cold call from Mary Ann Charlton “Mac” at Demandware. At the time, Demandware was a very small company with only a handful of clients.  I was impressed with the initial conversation we had and so we added them to the RFP.

After a long and exhaustive evaluation process, we ended up selecting Demandware to be the new eCommerce platform for the Garders.com site.  It was a leap of faith for us at the time but we believed in the technology and team behind it.  Gardner’s Supply was the first big client win for Demandware and over the next 10 years they went on to become one of the most dominant eCommerce platforms in the industry. In February of 2004 Salesforce acquired Demandware for $2.8B and it is now part of the “Commerce Cloud” offering.  Gardeners.com is still running Demandware/Salesforce 15 years later!

We spent most of 2005 working on the build out and implementation of the new site with Demandware.  It was a great project but unfortunately I would not get to see the new site launch as an event that summer would have a significant impact on my career path.

While I was working full time at Gardeners.com, I was also a competitive cyclist who had aspirations of becoming a professional cyclist.  In July of 2005, I had a cycling accident where I broke my arm, that ended my racing season.  It was after that accident that I started to reevaluate my career path, and made two difficult decisions.  The first, was that I abandoned the idea of becoming a professional cyclist! Second, I decided that for my career to continue to progress at the trajectory that I wanted I would have to leave Vermont.

In September of 2005 I made the extremely difficult decision to leave Gardner’s Supply and Vermont to join The Home Depot as the User Experience Manager for homedepot.com in Atlanta. Georgia.    As I write this 15 years later, this decision still ranks as the most difficult decision I have had to make in my career!