On October 17th, 2005 I joined The Home Depot as the User Experience manager for Homedepot.com.  It was a big change as the first five years of my career had been spent on the IT side but now I was making the transition to the “business” side.  I worked for Greg Foglesong who was the Director of Homedepot.com at the time.  Greg was a great mentor and friend during my time at Home Depot and six years later he would hire me again at Carters. 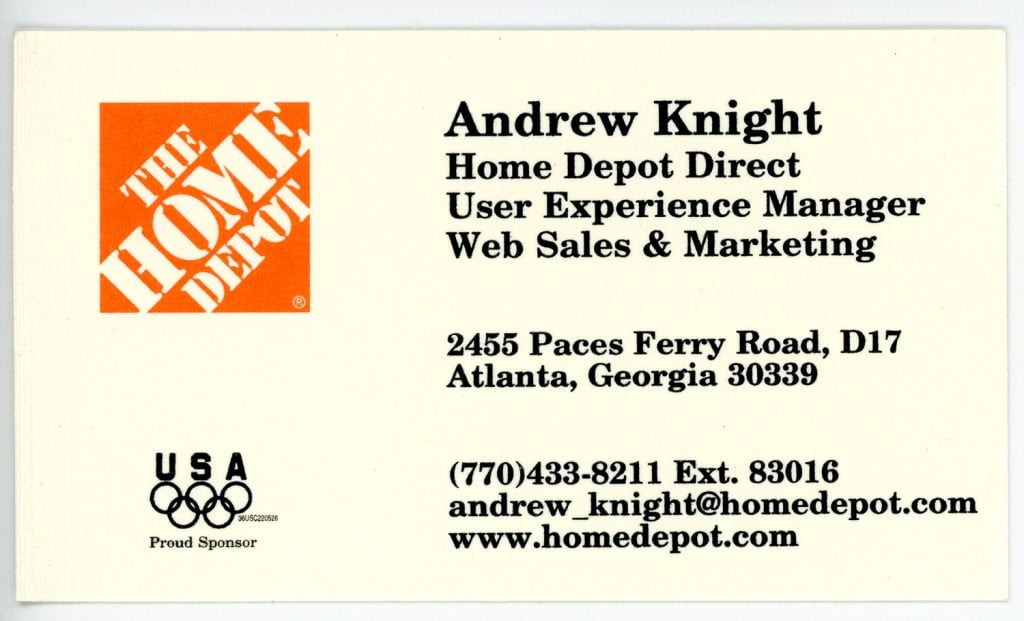 As the user experience manager for homedepot.com, I was responsible for everything from home page to checkout.  There was a digital marketing team that focused on driving traffic, but as soon as users hit the site it was my job to ensure a great shopping and eCommerce experience.  After checkout, our supply chain and customer service teams would take over to complete the full customer life cycle.  Since I sat in the middle of both teams, I got a lot of exposure to all aspects of the eCommerce business at homedepot.com.

In addition to the marketing team, I also worked very closely with the technology organization to implement new features and functionality.  A key reason that Greg hired me was to help hold the technology team accountable to the business as I had the development background and technical skills to “speak their language”.

When I started at the end of 2005 Homedepot.com was running a very old version of the Broadvision platform.  It was well past its end of life and with the explosive growth of sales on the site we desperately needed a modern eCommerce platform. The site barely made it through the 2005 and 2006 holiday seasons! Prior to me starting, Home Depot had selected IBM’s Websphere as the next generation platform we would migrate to. For the next 18 months, I would live and breathe all things Websphere as my primary focus was the relaunch of Homedepot.com on the new platform.   It was a massive project to replace the entire technology stack of the site and there were no shortage of challenges along the way.  In June of 2007, we launched the new site and it was a proud moment to see it go live!

After we launched the new site, I started to think about the next steps of my career.  The Home Depot is a really big organization and some of the bureaucracy started to weigh on me.  I also wanted to get more exposure to the marketing and supply chain sides of eCommerce.  In January of 2008, I resigned from The Home Depot and joined Astral Brands as the Director of eCommerce.

Next: Director of eCommerce at Astral Brands