After working at CSC, I joined Burton Snowboards as a Web Developer on February 26, 2001. 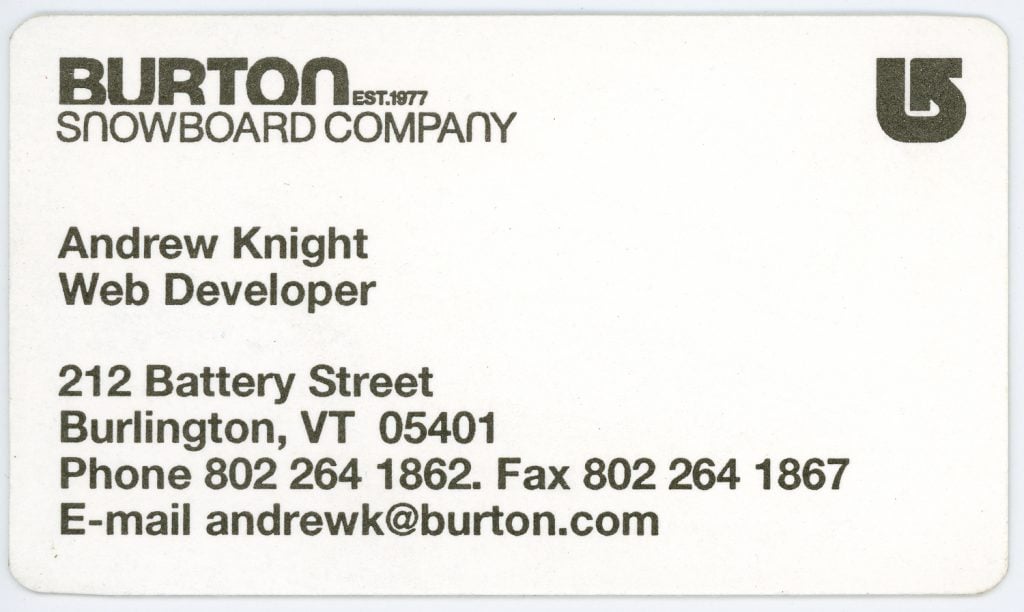 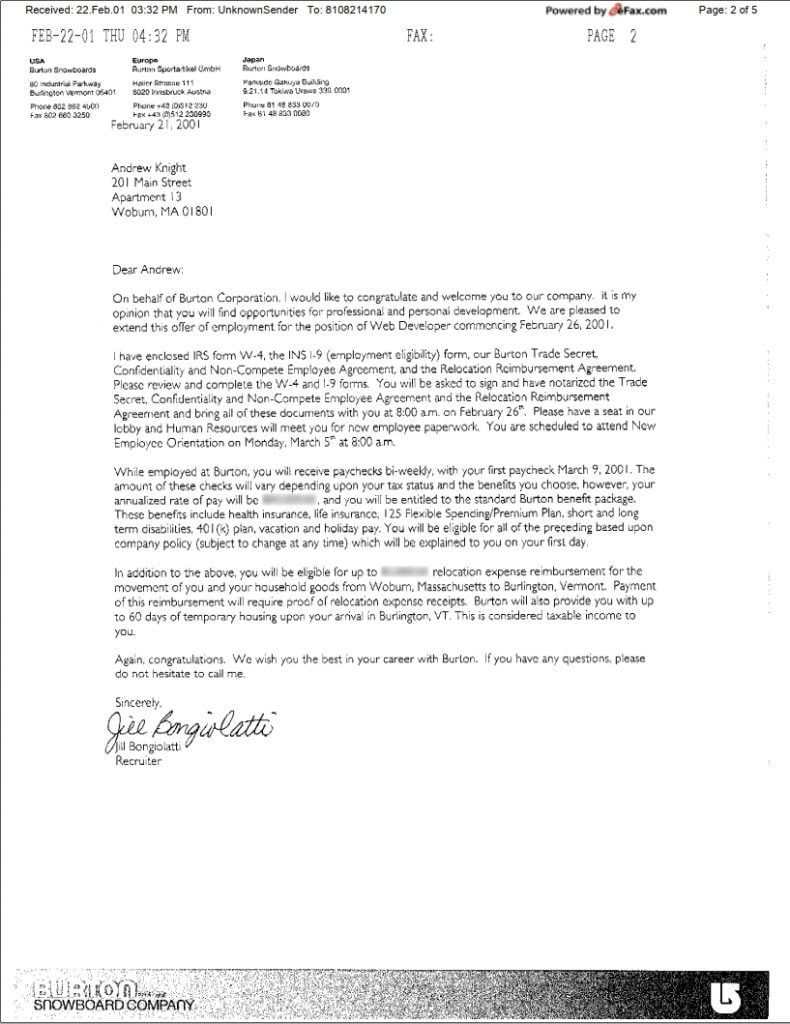 Working at Burton was truly a dream come true.  I started snowboarding in 5th grade and got my first Burton Snowboard in 7th grade.  If you had asked me in high school, name the one company you want to work for some day it would have been Burton Snowboards. I joined Burton in the winter of 2001, along with Brad Alan a college friend from BC who had graduated a year earlier than me.  We were both in technology consulting and avid snowboarders so it was a great opportunity for both of us.

Before 2001, Burton had outsourced development of burton.com to an outside agency.  I was part of the team that was hired to bring this work in house for the launch of the 2002 season on burton.com. We were a small group of developers and designers that rebuilt burton.com from the ground up each season to launch in August.  We were a Microsoft shop, so all web development work was done in ASP/SQL/HTML. I learned a lot in this role, and got to build some cool applications including the very first “board finder” launched on burton.com. 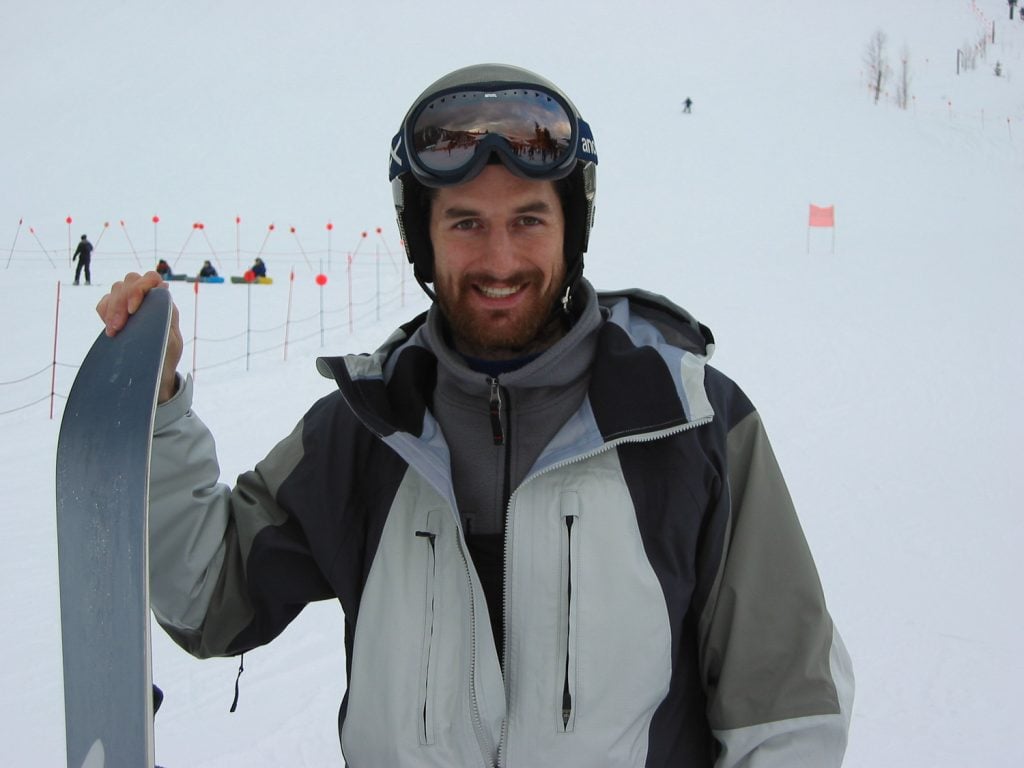 In the early days of Burton.com, the site served as a customer facing catalog to support the dealer network.  Burton did not want to allow online ordering for consumers but there was an interest in developing a B2B site. In 2002, Rich Sturim and I worked on building the first dealer.burton.com eCommerce site.

Working at Burton was an incredible experience.  I loved the company and culture and learned a lot from the more senior developers on the team. We worked some long hours but we also had a lot of fun. If it snowed more than a foot, Jake expected the whole company to be at the mountain riding! During the winter we would hit the slopes in the morning, get a few runs in, and then head into work.

While I loved the company, a great opportunity presented itself and on May 27th, 2003 I left Burton to join the Gardeners.com team as an eCommerce Developer. 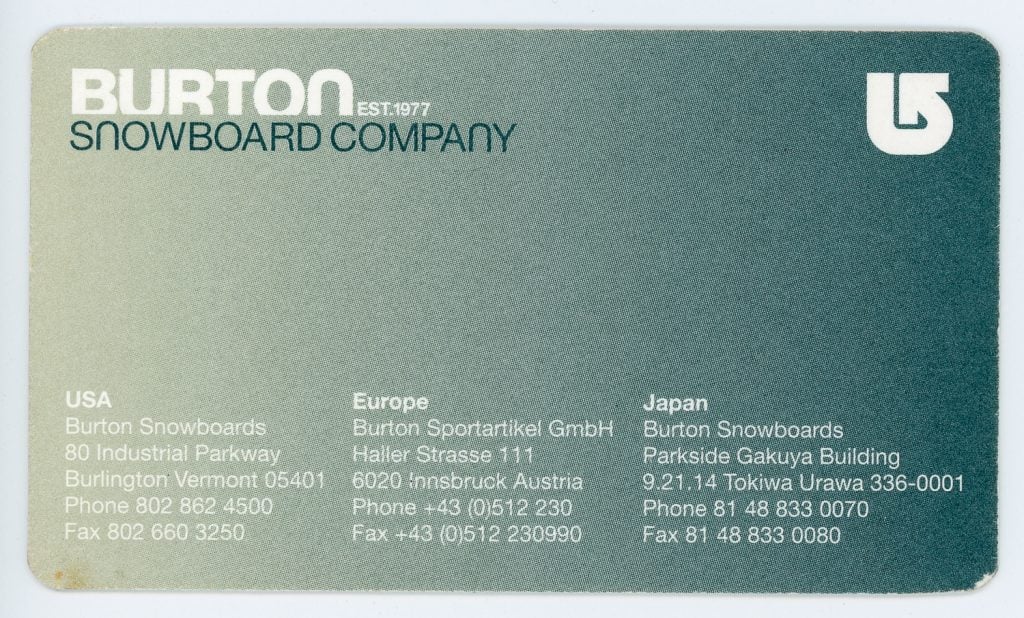